The Graduate Law Programs have begun for 2014 at the University of Manoa, Hawaii.
With a great graduate class and fabulous facilities, this is a great place to get a Graduate Law Degree. 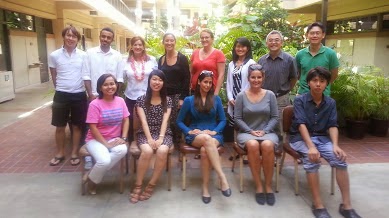 Of course yours truly, NY Lawyer in the Lei!

More pictures will be posted on the blog and on the website www.legalenglish.com/llm
Posted by Legal-Ease International Inc. at 2:36 PM 1 comment:

. He worked primarily on major matters before the Commission involving the Division of Trading and Markets and the Division of Enforcement. He joined the Division of Trading and Markets as a Deputy Director in 2008, where he played a key role in the SEC&#039;s response to the financial crisis and other significant issues before the Commission, including those involving credit rating agencies and credit default swaps. He served as an Acting Director of the Trading and Markets Division from April 2009 to January 2010, after which he left the agency to become a partner in the Washington D.C. office of WilmerHale.CUA Law is still accepting applications for our LL.M Program-for the Spring 2015 and Fall 2015  semesters.•

CUA does have scholarship opportunities: Scholarships in the amounts of $ 5,000 - $ 30,000 U.S. dollars per year are available depending on the strength of individual applications.
Application deadlines :

International Applicants, please submit application for Spring 2015 by October 2015 and the Fall 2015 semester by March 16, 2015. Applications are complete once the Office of Admissions has received: Recommendation letters, official transcripts, TOEFL or IELTS results if first language is other than English, the completed application form and accompanying $65 fee. Application deadline for U.S. applicants for the Fall 2015 semester is June1, 2015. 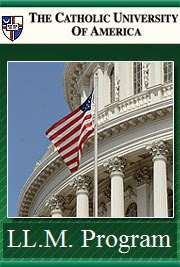 If you miss this one be sure to check with Spencer Kimura for the next Seminar!

For more information about the Legal English Workshop at the University of Hawaii, contact Spencer Kimura (Email: kimurasp@hawaii.edu; Tel: ). 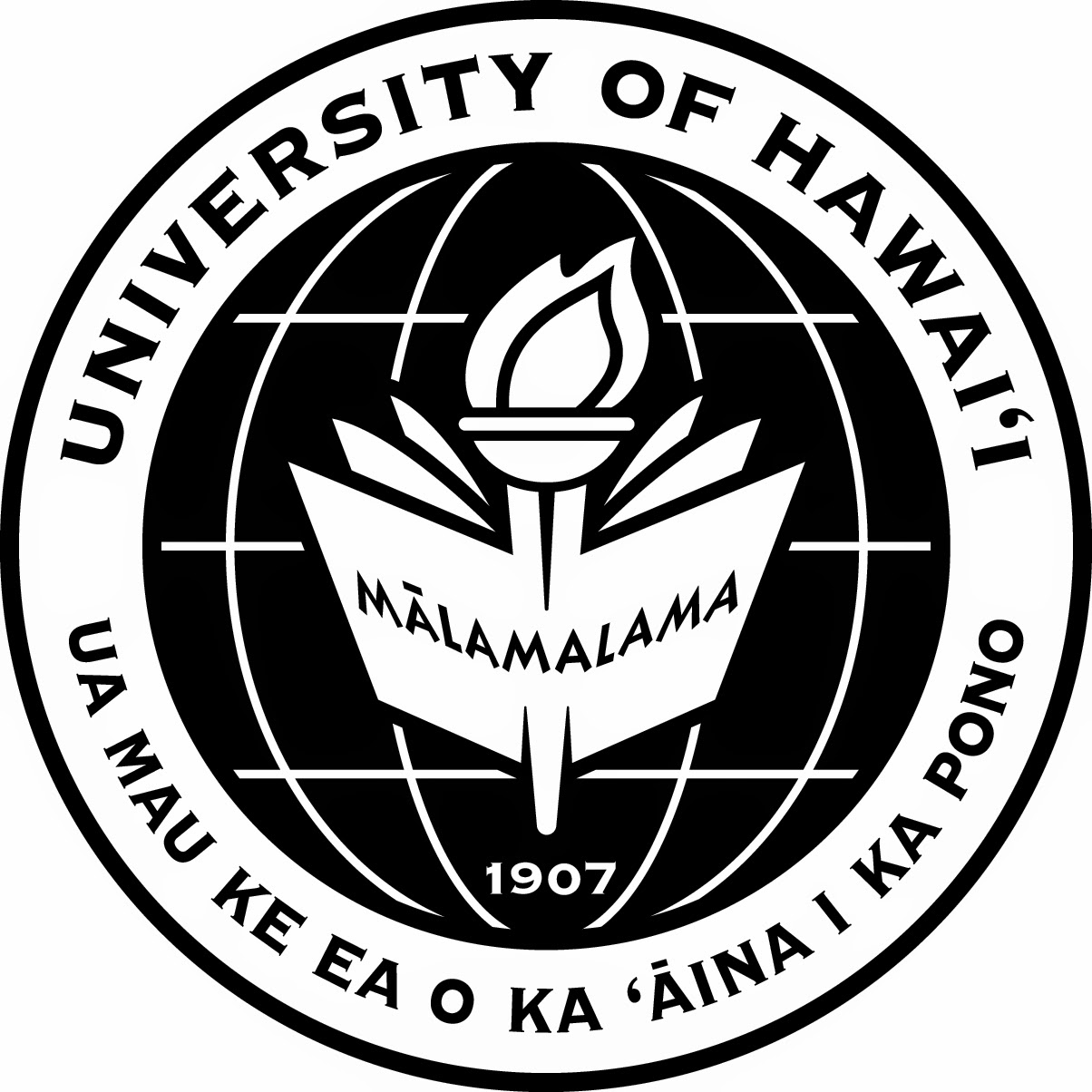 Posted by Legal-Ease International Inc. at 8:03 AM 2 comments:

Southwestern Law School in Los Angeles took this year's incoming entering LL.M  students on a
field trip to the courthouse.
Here is their picture by City Hall in Los Angeles just across from the Courthouse! A great way to start the New School Year and get familiar with the city.

It brings me great pleasure to share news on the growth of Syracuse Law's LL.M. in American Law program as we prepare to welcome another class of foreign-trained legal professionals.  This year, our students represent the legal education systems of 15 different countries and regions, with the largest number having been educated in Saudi Arabia (6), South Korea (2), Ethiopia (2), Kenya (2) and one each from Canada, China, Nigeria, Pakistan, Sudan, Syria, Turkey, the United Kingdom, Togo, the Kurdistan Region, and Uzbekistan.
Students in the LL.M. program will continue to enjoy the support of Andrew S. Horsfall, Esq., our capable Assistant Director of the LL.M. program. Professor Andrew Kim will also continue to shepherd the LL.M. students through the academic year as the LL.M. Faculty Mentor. A welcome addition to this support will be offered by three of our current and dedicated J.D. students who will serve the critical function of providing peer-to-peer guidance as LL.M. Student Mentors.

We welcome the opportunity to provide you with additional details about the LL.M. In American Law program, including conditional admission options! Please contact us at llmadmissions@law.syr.edu.

For more information on the Syracuse LL.M in American Law Click here

Posted by Legal-Ease International Inc. at 6:22 AM 3 comments:

Legal - Ease International at the University of Hawaii School of Law

The William S. Richardson School of Law and Legal-Ease International is pleased to announce a new Legal English Workshop that will be offered at the University of Hawai`i on August 22-23, 2014 for international participants. Taught by Ms. Dena Falken, Esq. of Legal Ease International, Inc., the World Leader in Legal English, this two-day seminar is specifically designed for law students and professionals to strengthen their knowledge of English as it is used in the legal field. The program will focus on both spoken and written English and cover technical terms commonly used by lawyers and legal practitioners. International graduate students of the University of Hawaii’s Master of Laws (LLM) Program and Advanced JD Program will participate in the seminar to help them prepare for their studies at the Law School.
For more information about the Legal English Workshop at the University of Hawaii, contact Spencer Kimura (Email: kimurasp@hawaii.edu; Tel: ).

Summer 2014 marks the 25th anniversary of the UC Davis School of Law Summer International Law Programs. The first summer program, Orientation in USA Law, was launched in 1990 when 69 foreign lawyers and judges came from around the world to UC Davis School of Law to learn about the common law system with a special emphasis on emerging international joint transactions. Since then, more than 2,500 foreign lawyers and judges have participated in these highly successful international educational programs.

Beth Greenwood, Executive Director of the International Programs at the UC Davis School of Law, says, "These unique programs were way ahead of their time, were highly innovative when they were established and have enjoyed many years of well-deserved success. Faculty members such as Gary Goodpaster, Robert Hillman, Friedrich Juenger, Floyd Feeney, Ed Imwinkelried, Jim Smith and Rex Perschbacher were early supporters of the programs and understood that we were entering a time of globalization. Along with visionary academic leaders from the top universities in Japan, Korea and Taiwan, they saw that lawyers needed a new body of knowledge to provide the highest quality representation to their clients. Their vision helped to put the UC Davis School of Law on the international map."

Posted by Legal-Ease International Inc. at 7:28 AM 3 comments:

Congratulations to the members of the Trial Advocacy Honors Program (TAHP), the 2014 winners of Southwestern’s annual Honors Program Members’ Challenge. The challenge is designed to help Southwestern reconnect specifically with those alumni who participated in Law Review, Law Journal, Moot Court or the Trial Advocacy Honors Program from the class of 1995 to the most recent class. It also gives alumni the opportunity to support Southwestern’s Annual Fund in an entertaining way – no matter the dollar amount.
Determined by percentage, the program that could attract the largest pool of alumni to donate was named the winner – and this year, TAHP took that title. In total, over 200 alumni participated in this year’s challenge, raising more than $8,000 for the Annual Fund, which goes to help support the law school’s initiatives, including the honors programs themselves. The Institutional Advancement Office would like to extend its appreciation to all the students and alumni who participated and made this year’s challenge a success.
WELCOME TO THE INCOMING LLM CLASS OF 2014

For more information on Southwestern LLM click here
Posted by Legal-Ease International Inc. at 8:28 AM 2 comments:

Dena Falken, CEO and Seminar instructor will travel to Honolulu, Hawaii to present a two-day Legal English seminar for the University of Hawaii Law program in August 22-23   2014.  Ms. Falken was invited as a part of the LL.M. intensive program and will present to a diverse group of international attorneys from around the world in the midst of beautiful Hawaii.  The masters and doctoral candidates will gather in August  from countries from countries world-wide to the University of Hawaii at Manoa, William S. Richardson School of Law.
More information on the LLM program 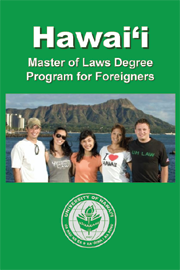 Posted by Legal-Ease International Inc. at 8:17 AM 2 comments: