LL.M Students and Visiting Scholars at U Hawaii Law School

Interesting opportunities for LL.M Students and Visiting Scholars at U Hawaii Law School.

Our LLM students and International Visiting Scholars went on a tour of the Women's Community Correctional Center (WCCC).

The group was guided around the inside of the prison modules and spoke with some of the inmates about the rehabilitative programs that WCCC offers.
It was interesting to see the various services provided to the inmates to help them learn skills that they could use when they matriculate back into society

. The group also went to the Punchbowl National Memorial Cemetery of the Pacific, where they viewed the murals depicting various battles of the Pacific. 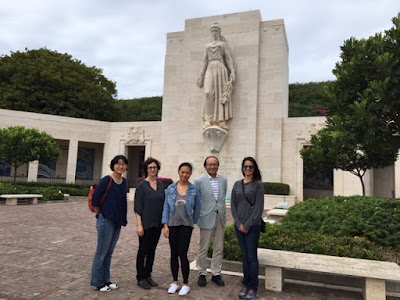 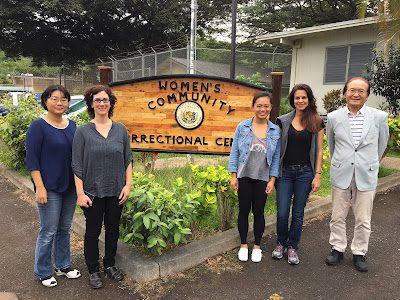 For more information visit the website at https ://www.law.hawaii.edu/llm-admissions

A perfect place for Foreign Lawyers to obtain an LL.M degree in the U.S.
Contact : Spencer Kimura at kimurasp@hawaii.edu for more information
Posted by Legal-Ease International Inc. at 10:48 AM No comments:

Legal English  is more important than ever Business between the U.S. and Mexico is growing with the !new U.S. President.
Education tears down walls!
Every international lawyer needs a strong command of American Legal Language. Register today for a LEGAL ENGLISH SEMINAR in MEXICO CITY!


Register here www.legalenglish.com email: info@legalenglish.com
Space is limited. !We are bringing Legal English to YOU!
We look forward to seeing you at the Seminar 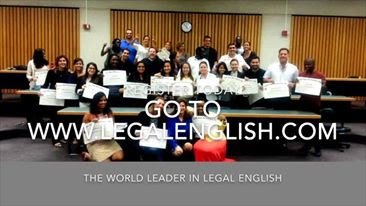 Posted by Legal-Ease International Inc. at 6:17 PM No comments: 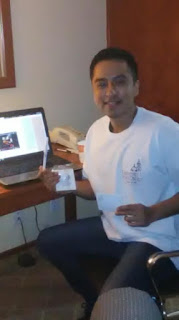 Our online students get to learn about fabulous LL.M program in the United States so that after his studies they can go on to get an LL.M  Adan received information about University of San Diego LL.M program for Foreign Lawyers. For more information click the site below :
/https://www.sandiego.edu/law/academics/llm-programs/

It is an excellent program located in a beautiful city. Campus is gorgeous and the faculty is outstanding! A perfect place to study law and get your LL.M degree

Posted by Legal-Ease International Inc. at 11:47 AM No comments: 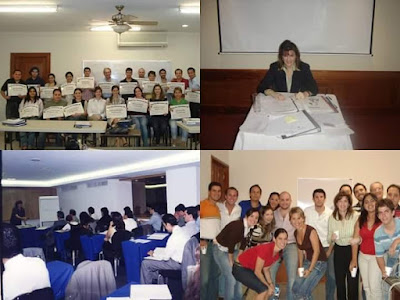 Posted by Legal-Ease International Inc. at 12:28 PM No comments:

Yesterday, the William S. Richardson School of Law at the University of Hawaii celebrated its annual
Keiki Halloween Party.

More than 50 kids of students, faculty and staff came in costume to go trick-or-treating around the halls of the Law School, which ended with a carnival of games, activities and snacks in the Law Library. 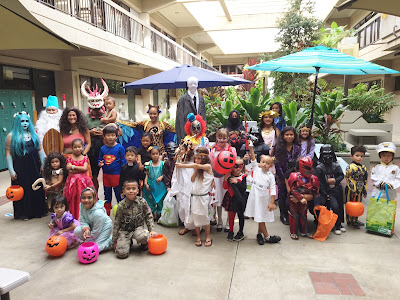 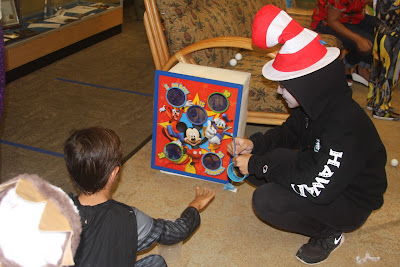 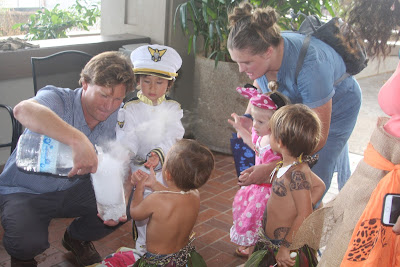 For more information on the program at University of Hawaii, William S. Richardson School of Law
LL.M and International programs email : Spencer Kimura program director at kimurasp@hawaii.edu
and visit the website  https://www.law.hawaii.edu/international-programs-0
Posted by Legal-Ease International Inc. at 6:03 PM No comments:

As foreign LL.M. students huddle with their groups, Leila Lawlor (J.D. ’95) (center) and her co-instructor, applied linguistics and ESL lecturer, John Bunting, give them tips on crafting their arguments for court briefs. “Our program is designed to help them hone their legal communication skills as well as help them qualify to sit for the bar exam,” Lawlor said. 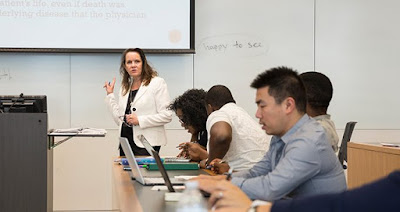 Leila Lawlor (J.D. ’95) has brought a bag of robes to her Lawyering Skills class. The 15 LL.M. students in the course choose numbers and are separated into groups to represent a hypothetical plaintiff and defendant; the robes — props worn by the student judges — bring some levity as they review a disputed contract case.
As the students huddle with their groups, Lawlor and her co-instructor, applied linguistics and ESL lecturer, John Bunting, give them tips on crafting their arguments for court briefs. “Mix your sentence structure; tighten it, so your reader is not overwhelmed; remember your word and page limits,” Lawlor says.
These students hail from more than 10 countries where the rule of law — and the language — are often different than the U.S. legal system. They are enrolled in one of the law school’s more unusual cross-curricular courses, combining linguistics and U.S. law.
Now in its third year, the class was the brainchild of Lynn Hogue, professor of law emeritus, Lawlor said.
“For many of our students, English is the second — or third, or fourth — language,” Lawlor said. The majority are trained in civil law and are unfamiliar with the U.S. legal system.
That’s where this LL.M. (master of laws) course bridges the gap.
“Hogue determined a need to collaborate with the Applied Linguistics and ESL Department to help our LL.M. students succeed,” she said.  Roy Sobelson, professor of law, now directs the program.
“Our program is designed to help them hone their legal communication skills as well as help them qualify to sit for the bar exam,” Lawlor said.
To prepare to teach the class, Lawlor and Bunting took courses in their partners’ disciplines. “John attended each session of Introduction to U.S. Law last fall to gain some knowledge of the American legal system to enrich his teaching. Likewise, I began studying applied linguistics at Georgia State, and also became certified as a TESOL teacher,” Lawlor said.
The cross-curricular approach appeals to Serge Luhaga from the Democratic Republic of the Congo and to Ripal Patel from India.
“The combination of Professor Bunting, linguistics professor, and attorney Lawlor, law professor, helps me speak and write good legal English,” Luhaga said. “The U.S. legal system presents many innovations that seem contrary to the civil law, making it a little challenging for Congolese lawyers. Legal writing, and at some degree legal reasoning, learned in this class provide me with a blueprint to follow in understanding the U.S. legal system.”
Luhaga said one of the most interesting aspects of the class is its “melting pot” of students.
“We have about 10 nationalities represented; we get along well together, regardless of the language barrier,” Luhaga said.
Patel, from India, practiced law at the high court of Gujarat before coming to the United States in 2016. She sees “many similarities” between the U.S. and Indian legal systems. But there are some differences.
“There is no jury trial in India. In the United States, over 95 percent of disputes are resolved through outside court settlements; it is not so in India, where the courts are flooded with a backlog of cases,” Patel said, who enjoys Lawlor’s approach to the class.
“She herself is an experienced attorney, and her love toward teaching has made us all very comfortable and approachable in the class,” Patel said.
The feeling is mutual, notes Lawlor. “I love teaching these students.”
While Lawlor isn’t the first attorney to teach the class, she is unique as a Perimeter College professor teaching on the Atlanta Campus—and on the Decatur and Newton campuses.
She spends her week traveling among the campuses; teaching Lawyering Skills and Introduction to U.S. Law at 85 Park Place, and driving to the Decatur and Newton campuses to teach the Legal and Ethical Environment of Business to Perimeter students. Next is teaching a risk management course at Perimeter.
The busy schedule doesn’t faze her.
A graduate of the law school, Lawlor has a deep affection the university in addition to her father, the late George Greiff, taught journalism at Georgia State for 24 years.
“Twenty-five years ago, I received an exceptional legal education at the College of Law, which changed my life,” Lawlor said. “It is an honor to teach these young attorneys and help change their lives, for I know they – in turn – will use their legal skills to benefit numerous others.”

For more information on the LL.M program for Foreign trained lawyers visit the website at
http://law.gsu.edu/experiential-learning/academics/ll-m-program/llm-foreign/apply/

Posted by Legal-Ease International Inc. at 2:25 PM No comments: